During the early stages of its development, the EasyCard Corporation launched a contactless smartcard, integrating the buses of Greater Taipei and the MRT system, which has reached a key milestone for the electronic transport ticket system. Now the EasyCard has extended its reach to island-wide public transit, such as Taiwan High Speed Rail, Taiwan Railways, intercity coach services, YouBike and Blue Ferry. Moreover, the card brings convenience to people by serving as a tool for small-value payments at designated shops like convenience stores, supermarkets and restaurants as well as used at leisure facilities, hospitals, government agencies and library self-checkout kiosks.

The innovation never stops here at EasyCard Corp. We have worked with several banks to issue Co-branded EasyCard featuring an auto-reload function. With automatic add value service, NT$500 will be added automatically to users’ EasyCards if the remaining value is insufficient to settle the transaction or lower than NT$100. The card can also be linked to people’s bank accounts. The reloaded NT$500 will be deducted directly from the designated accounts, freeing people from queuing up to reload their EasyCards. To embrace the era of mobile payments, we have worked with telecom operators to launch EasyCard mobile payment service, allowing people to use a phone SIM card to pay for fares or small purchases through the EasyCard app. At EasyCard Corp., our core values are convenience, security, trust and public welfare and our vision is to create a convenient living experience where people can enjoy EasyCard in their everyday lives. We want to provide people with more choices and the best service so that they can live a cashless lifestyle with a limitless EasyCard. 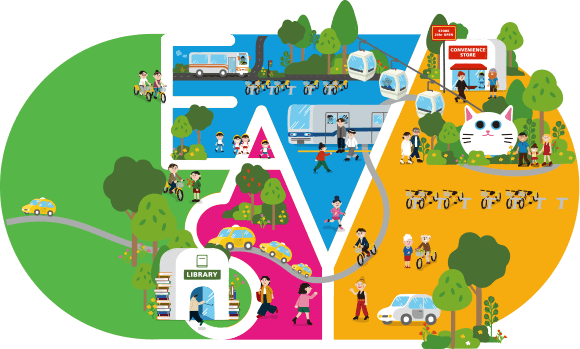 Create a leisurely day, with A cashless lifestyle and A limitless EasyCard

The EasyCard Corporation is looking forward to the day when people in Taiwan will be able to use their EasyCards from day to night: the room access card, buying breakfast, taking MRT, clocking in at work, a school roll call, buying coffee at convenience stores, riding a public bike, buying drinks and snacks at vending machines, lunch or dinner payment, borrow books from libraries, watch movie, and shopping in the supermarket; over holidays, traveling on Taiwan High Speed Rail, visit the zoos and tourist attractions; shopping on the Internet, paying utility bills, and so on. As long as you have the EasyCard with you, you can travel easily, enjoying a convenient cashless lifestyle. 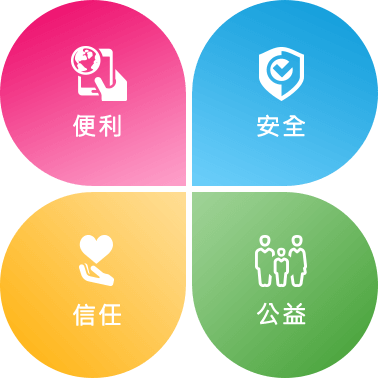 Taipei Metro accepted the iPASS in September 2015. As of early 2017, the four major ticket companies in Taiwan have entered the domestic main transportation market—Taipei Metro and Taipei and New Taipei City-based bus systems, with the business of the four big electronic stored value card providers growing more and more consistent. Despite being the market leader, the EasyCard Corporation will face many challenges in the future. In the face of competition from other smartcard providers, we have a new layout and planning for the future—Developing differentiated competitive strategies in addition to establishing our core values and short-term and long-term goals.

Operating strategies in the face of competition from other smartcard providers: Differentiated competition
Given that the transportation market size is fixed, the total volume will not increase with competition. And the competition from other smartcard providers easily leads to the vicious price competition in the market, which is a zero-sum game, and the participants cannot benefit from it. Therefore, the future operating strategies of the company are: To adopt differentiated competitive strategies in the small purchase market, so that the EasyCard holder can enjoy a more diversified payment environment, including a wider use range and more options for payment types, in an attempt to stand out from all the other players; to continuously improve the connection system to enhance its availability so as to offer the most convenient use environment for the cardholders; to strengthen the information security system to reassure the cardholders; to actively participate in public welfare activities to elevate brand adhesion and satisfaction among EasyCard holders, in order to consolidate its position as the transportation market leader.

The logo is comprised of four primary colors radiating outwards. It develops a strong sense of direction outwards, which represents its products and functions going beyond the limit with constant expansion and development, while forming inwards a beautiful flower that embodies the colorful nature of the enterprise. At the same time, it is like a happy smiling face, making the consumers all happy and satisfied.

In 2003, the logo won the 20th American Corporate Identity (ACI) Award of Excellence. 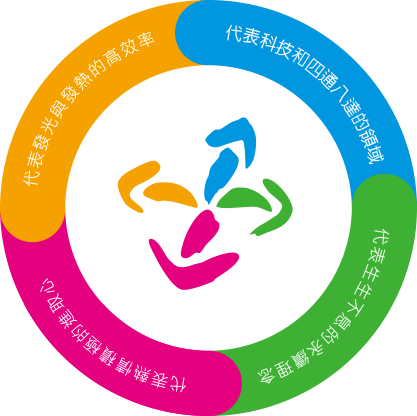 Innovation is the driving force that leads the continuous growth and progress of enterprises, and is also a strong foundation in the cloud era.
With a growing trend towards mobile payment, the EasyCard Corporation use innovation to accompany the cardholder to experience the convenience of technology, so as to eliminate the inconvenience of cash payment for cardholders by popularizing the autoload feature, developing telecoms EasyCards, digital payment, and mobile phone EasyCards. 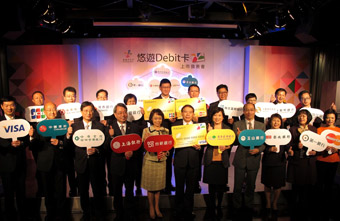 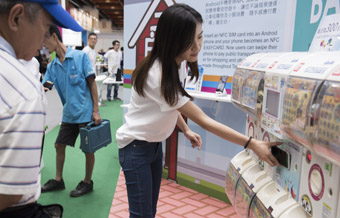 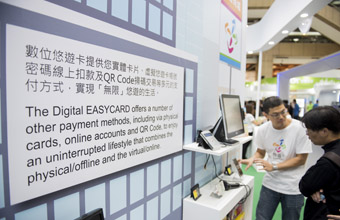 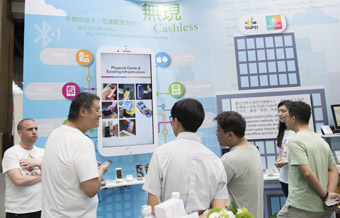 A short tale about BeBe

BeBe is a hamster elf and used to live in EazyCard system, whenever he heard the card reader make a "beep" sound, he would feel happy. Out of curiosity, BeBe left the system and enter into our lives.
BeBe's ears can give out "EasyCard Power" that relaxes people and makes our lives more convenient. As long as you touch the mark on his stomach with the EasyCard, the four-colored ears begin to radiate magic and turn into wings that allow him to fly everywhere. BeBe is working hard to spread "EasyCard Power" every day, hoping that everyone's life will be more relaxed and comfortable.
Despite appearing leisurely and fuzzy, he is actually a very curious young boy and likes to say "Be Easy!" and "Be Happy! BeBe loves to challenge anything, so there are many funny stories surrounding BeBe and EasyCards.